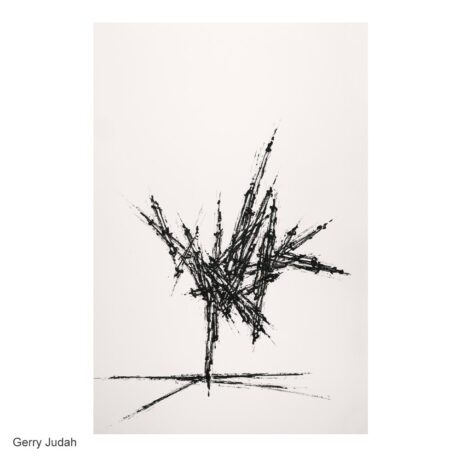 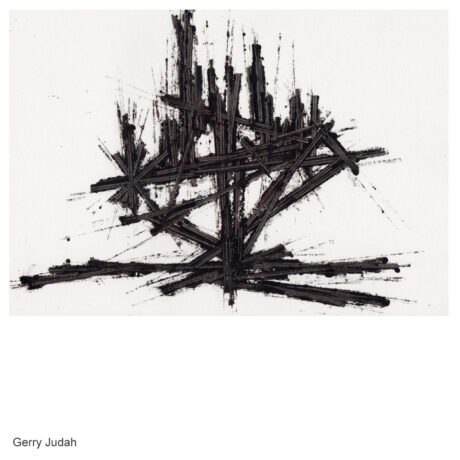 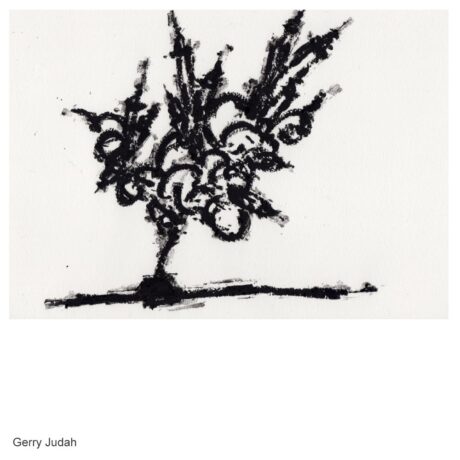 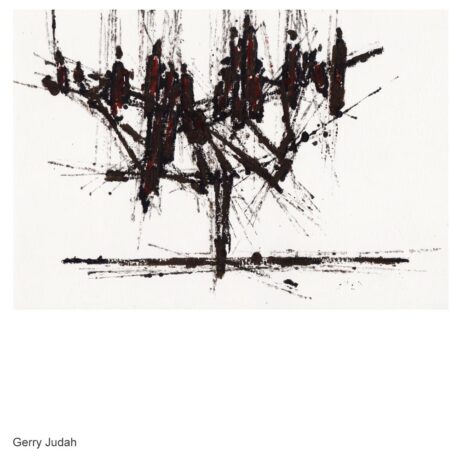 Gerry Judah was born in Calcutta, India and grew up there before his family moved to London when he was ten years old.

As a boy, the dramatic landscapes of India and the ornate architecture of its temples, mosques and synagogues with their theatrical rituals had a profound effect on Judah’s developing psyche. These theatrical elements were to resurface in his own later work. Austere London, still in its post-war drab, was a shock to the young boy, and he chose to spend as much time as possible in his bedroom conjuring up with pencils and paper imaginary landscapes, architectural fantasies and futuristic cars, leading him to want to become an artist.

Judah left Whitefield Secondary Modern School, London and worked in a number of jobs from a kitchen porter at Blooms Restaurant, to an architectural draughtsman at T.P Bennett & Son, Richard Seifert & Partners and Douglas Scott Associates – the designer of the Routemaster bus. He then went on to study Foundation Art and Design at Barnet College of Art before obtaining a degree in Fine Art at Goldsmiths College, University of London and postgraduate Sculpture at the Slade School of Fine Art, University College London.

Judah then set up his studio in Shaftesbury Avenue, the centre of theatre in London’s West End. In order to finance his large-scale sculptures, he took casual work around the corner in many theatres as a stage hand, prop maker and scenic artist. This included working at the Royal Opera House, English National Opera, Royal Festival Ballet, London Contemporary Dance, Sadlers Wells Royal Ballet, Royal Shakespeare Company and the Royal National Theatre.

Taken with the public nature of this work Judah decided to find settings for his own art in more public arenas than the rarefied spaces of conventional galleries. He began to build a reputation for innovative design working in film, television, theatre, museums and public spaces. He created settings for the BBC, British Museum, Museum of Mankind, Natural History Museum, Imperial War Museum, Museum of Tolerance and musicians including Paul McCartney, Michael Jackson, Robert Plant & Jimmy Page and The Who. He has also created sculptures for Ferrari, Porsche, Audi, Jaguar, Mercedes-Benz, Renault, Ford, Rolls-Royce, Honda, Toyota, Land Rover, Alfa Romeo, Lotus, Mazda, BMW and Aston Martin at the annual Goodwood Festival of Speed as well as bridges in London and Cambridge. 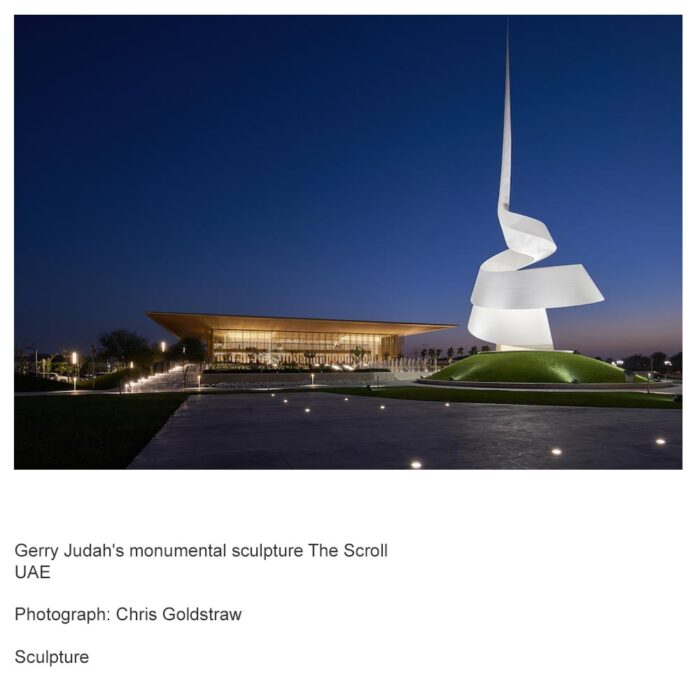 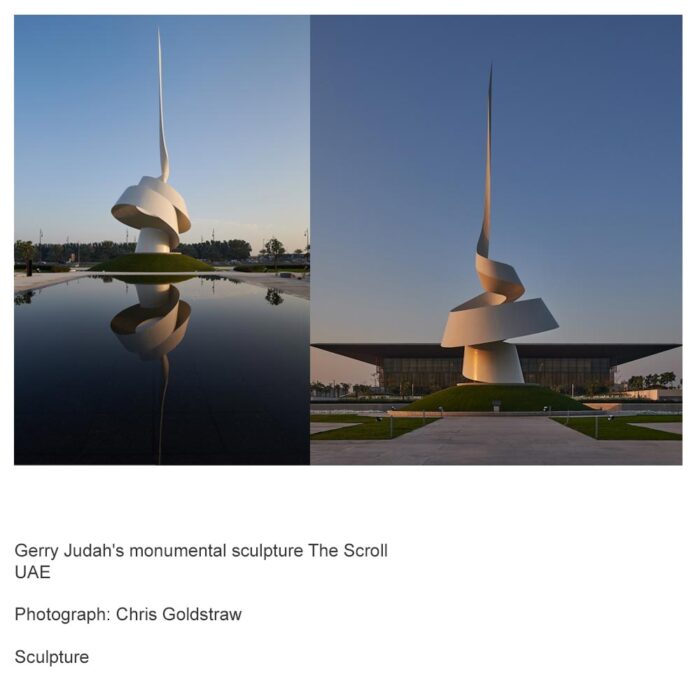 Gerry Judah’s monumental sculpture The Scroll in front of the recently launched House of Wisdom in Sharjah, UAE marked the Emirate being the UNESCO World Book Capital for 2019.

This landmark sculpture stands close to Sharjah University City and Sharjah International Airport, at the front of the House of Wisdom, designed by Foster + Partners. The work was commissioned by the Sharjah Investment and Development Authority, Shurooq, engineered by Diales, and built by Rimond.

The Scroll is a contemporary interpretation of the ancient Arabic scrolls – a single, spiralling sculpture that loops towards the sky. The design and inspiration are representative of a celebration of reading and the power of books to unite people, central to the purpose of the House of Wisdom and that of the UNESCO World Book Capital initiative.

The Scroll stands at thirty six metres high (120 feet) and is a true spiral with no connection between the loops as they pass each other. The structure itself is very light and extremely stiff, so as to counterbalance the desert winds, achieved by a technique of monocoque construction developed by Gerry Judah and his engineers Diales.